Dresden researchers show that gelation enables the correct architecture of the mitotic spindle. 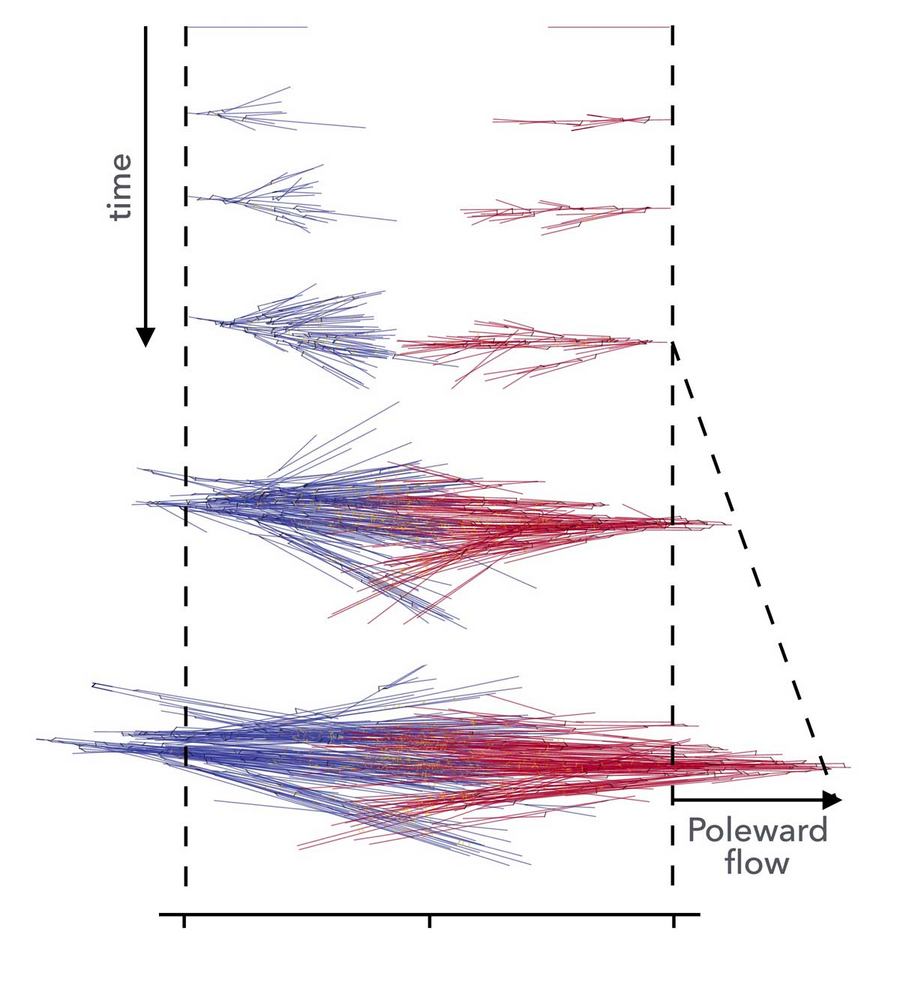 In the cell, the mitotic spindle is a structure that forms during cell division and segregates the chromosomes into the two future daughter cells. Spindles are made of dynamic filaments called microtubules that are continuously transported towards the two opposite poles of the spindle by molecular motors. However, scientists still do not understand how these poleward flows are generated and how they lead to spindle self-organization.

Researchers in the group led by Jan Brugués at the Max Planck Institute of Molecular Cell Biology and Genetics (MPI-CBG), the Max Planck Institute for the Physics of Complex Systems (MPI-PKS) and the Center for Systems Biology Dresden (CSBD), worked together with Frank Jülicher’s research group at the MPI-PKS to understand how such poleward flows are generated in spindles. In 2018, the Brugués lab was able to show that the size of spindles is controlled by microtubule branching: In the vicinity of DNA, new microtubules branch off from mother microtubules like branches in a tree. However, such a branching process naturally leads to microtubules branching outwards from chromosomes, whereas in real spindles they branch inwards to interact with chromosomes during segregation.

In the current study, published in the journal Nature Physics, the scientists combined in vitro experiments with physical models to show that the poleward flows together with a gelation process driven by motor crosslinking, allows for the correct microtubule inward branching observed in spindles. Benjamin Dalton an author in the study, explains, “The spindle is a highly dynamic structure where its building blocks are constantly created, transported and destroyed within seconds. Still, the spindle can survive for as long as an hour and the microtubule flows are remarkably constant throughout the structure. It’s difficult to reconcile these things.” David Oriola, another author in the study explains, “By tracking the movement of single microtubules using fluorescent microscopy, we found that the spindle did not behave as a simple fluid, but rather as a gel.” Combining large-scale simulations with experimental data, the researchers found that gelation is necessary for the generation of the poleward flows, and in turn, such flows are in charge of organizing the microtubule network such that microtubules point inwards rather than outwards.