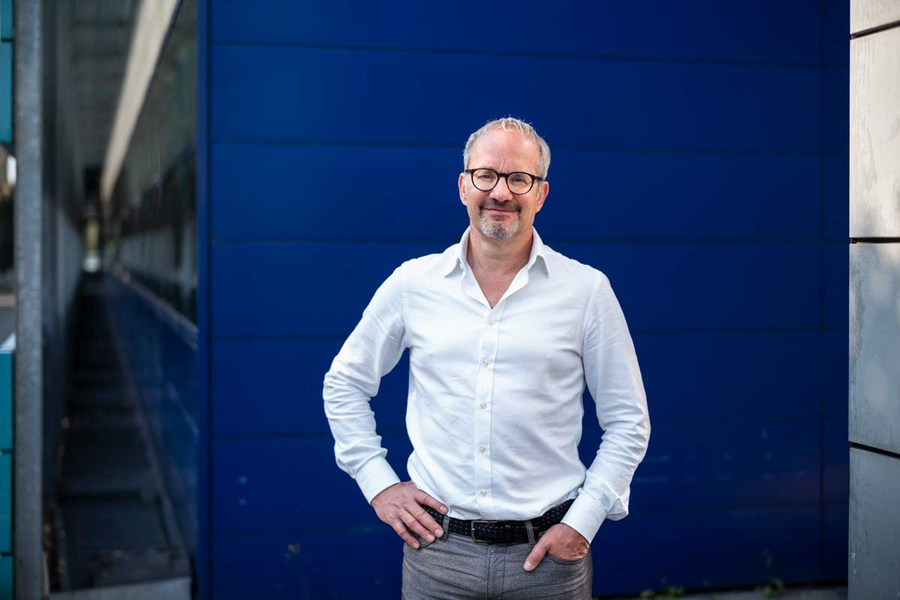 The German National Academy of Sciences Leopoldina has elected the Dresden cell biologist Prof. Dr. Anthony Hyman as one of its members. Hyman is currently managing director at the Max Planck Institute for Molecular Cell Biology and Genetics (MPI-CBG). The German National Academy of Sciences Leopoldina brings together researchers with special expertise in their respective fields. The criteria for membership are outstanding scientific achievements. Election to the ranks of the Leopoldina is considered one of the highest honors for scientists.

The Leopoldina recognized Anthony Hyman for his outstanding achievements in the field of cell biology and elected him to the section Genetics / Molecular Biology and Cell Biology. One major achievement is the functional genome research on embryos of the nematode C. elegans. Hyman carried out the first genome-wide RNA screening with C. elegans in order to systematically study its genome. He also comprehensively described the cell division in the C. elegans embryo and identified the significant genes involved in this process. While teaching at the Woods Hole physiology course with Clifford Brangwynne and Frank Jülicher, Hyman was among the first to witness that cells employ phase separation to create fleeting, non–membrane-bound sub-compartments. Understanding why and how these compartments form, and what happens if their formation process goes awry, could provide insight into neurodegenerative diseases.

Anthony Hyman is one of the founding directors of the MPI-CBG. He was elected as a Fellow of the Royal Society in 2007 and awarded the Gottfried Wilhelm Leibniz Prize in 2011. In 2017, he received the Schleiden Medal from the German National Academy of Sciences Leopoldina, and in 2020 he was elected as an international member of the National Academy of Sciences. Together with Clifford Brangwynne, he received the 2021 HFSP Nakasone Award.

“The election to the Leopoldina is a great honor for me,” says Anthony Hyman. “I am excited for the chance to contribute my knowledge for advice for policy makers and society.” Next to Hyman, former MPI-CBG directors Prof. Dr. med. Wieland Huttner, Prof. Dr. Elisabeth Knust, and Prof. Dr. Kai Simons are also a member of the Academy, as well as Prof. Dr. Eugene Myers, one of the current directors.

As the German National Academy of Sciences, the Leopoldina provides independent science-based policy advice on socially relevant issues. For this purpose, the Academy develops interdisciplinary statements based on scientific findings. The Leopoldina represents German science in international bodies, including science-based advice to the annual G7 summits. It has 1,600 members from more than 30 countries and brings together expertise from almost all fields of research. It was founded in 1652 and was named Germany's National Academy of Sciences in 2008. Each year, about 50 scientists are elected to the Academy for life in a multi-step selection process.  Since the academy was founded, more than 7,000 individuals have been accepted into its ranks. Among them were Marie Curie, Charles Darwin, Albert Einstein, Johann Wolfgang von Goethe, Alexander von Humboldt, Justus von Liebig and Max Planck.