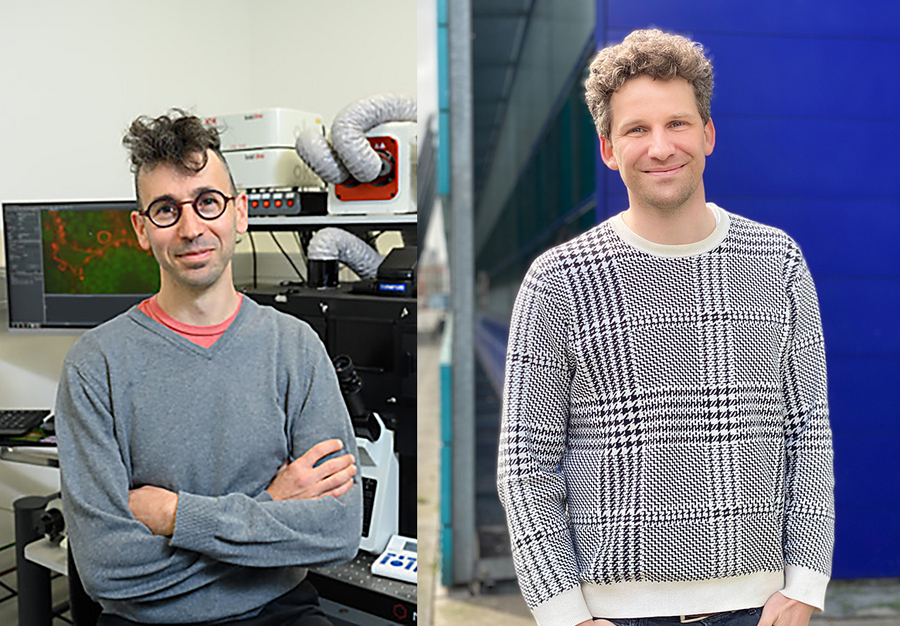 The Minna-James-Heineman-Stiftung awarded two prestigious Heineman Grants to four outstanding young scientists from the Max Planck Society and the Weizmann Institute of Science. One of the funded projects is awarded to Alexander von Appen, research group leader at the Max Planck Institute of Molecular Cell Biology and Genetics (MPI-CBG) in Dresden, Germany and to Ori Avinoam, research group leader at the Department of Biomolecular Sciences at the Weizmann Institute of Science, Rehovot, Israel. The two scientists received the grant for their project “The role of membraneless condensates in membrane fusion.” In the next three years, they want to investigate how protein phase separation mechanistically drives membrane fusion pore formation during cellular secretion. The collaboration will facilitate the understanding of this important process on both the molecular level and in the living organism.

The second funded project with the title “How protein synthesis wires the brain – from circuits to single cells” was awarded to Matthew Kraushar from the Max Planck Institute for Molecular Genetics, Berlin, Germany and to Yonatan Stelzer from the Department of Molecular Cell Biology at the Weizmann Institute of Science. Until 2025, the two Heineman Grants will fund those two research projects, one of which will be carried out by a German Principal Investigator together with an Israeli collaborator (project by Matthew Kraushar and Yonatan Stelzer) and the other by an Israeli Principal Investigator and a German collaborator (project by Ori Avinoam and Alexander von Appen).