Dresden and Tübingen researchers show that roundworms adapted their fertility to different temperatures during evolution.

Picture of Pristionchus pacificus: one male, one hermaphrodite and two embryos are shown. © Mark Leaver / MPI-CBG

Changes in temperatures can be stressful for organisms. Because of climate change, populations of organisms have to cope with temperature changes meaning they might have to adapt to higher temperatures. Ectothermic species, which rely primarily on outside heat sources like sunshine to maintain their ideal body temperature, are particularly affected by this. Therefore, it is critical to comprehend whether ectotherms have evolved to adapt to environmental temperature as well as the evolutionary processes involved.

Researchers from the Max Planck Institute of Molecular Cell Biology and Genetics (MPI-CBG) in Dresden, Germany and from the Max Planck Institute for Biology in Tübingen, Germany have studied the roundworm (nematode) Pristionchus pacificus to investigate their adaptation on the island of La Réunion in the Indian Ocean with a range of temperatures from coast to summit. “My colleagues from the lab of Ralf Sommer from the MPI in Tübingen and I gathered nematodes on the island from several locations with various temperatures. Throughout our research, we discovered that Pristionchus pacificus from warmer coastal regions have higher fertility at warmer temperatures.  In contrast, Pristionchus pacificus from colder mountain regions have higher fertility at cooler temperatures,” explains Mark Leaver, the first author of the study, published in the journal Evolution. He continues, “This is the first study that systematically examined hundreds of these roundworm strains to measure fertility.” In order to illustrate the evolutionary relationships between the various strains of Pristionchus pacificus, the researchers also created a phylogenetic tree, a type of branching diagram that shows how closely the strains are related.

This study demonstrates how the nematode Pristionchus pacificus evolved to adapt to temperature changes, however it is currently unknown whether the populations on La Réunion can quickly enough adapt to ongoing climate change to live in their current geographic distribution. According to Mark Leaver, the study's findings “give useful information for models that could predict if this is the case, but further work is needed to find out.” 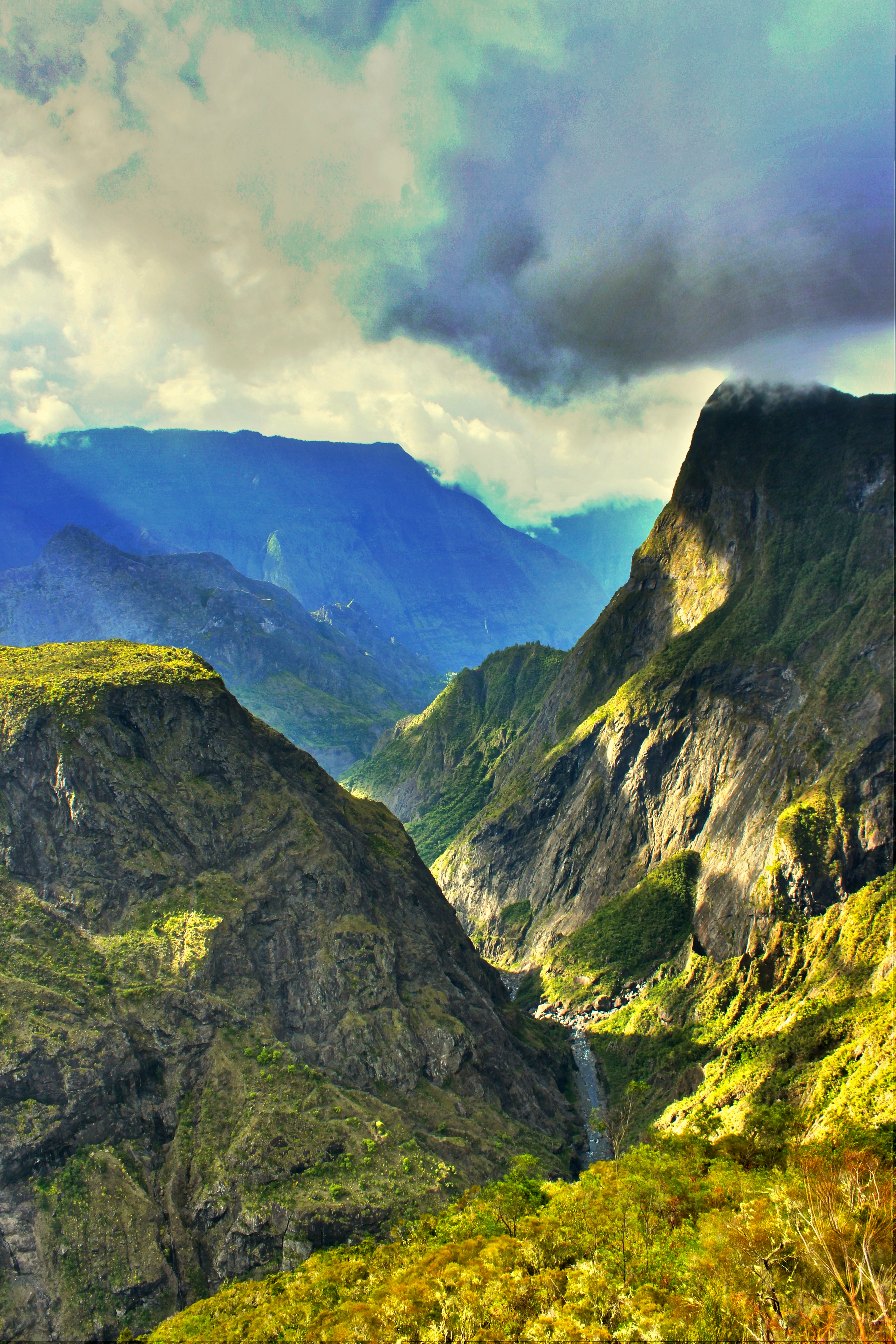 Photograph of Cirque de Cilaos on La Réunion habitat of Pristionchus pacificus and location of the study. Photo: Mark Leaver