MPI-CBG director emerita elected into INSA for pioneering contribution to science and long-standing collaborations with the scientific community in India. 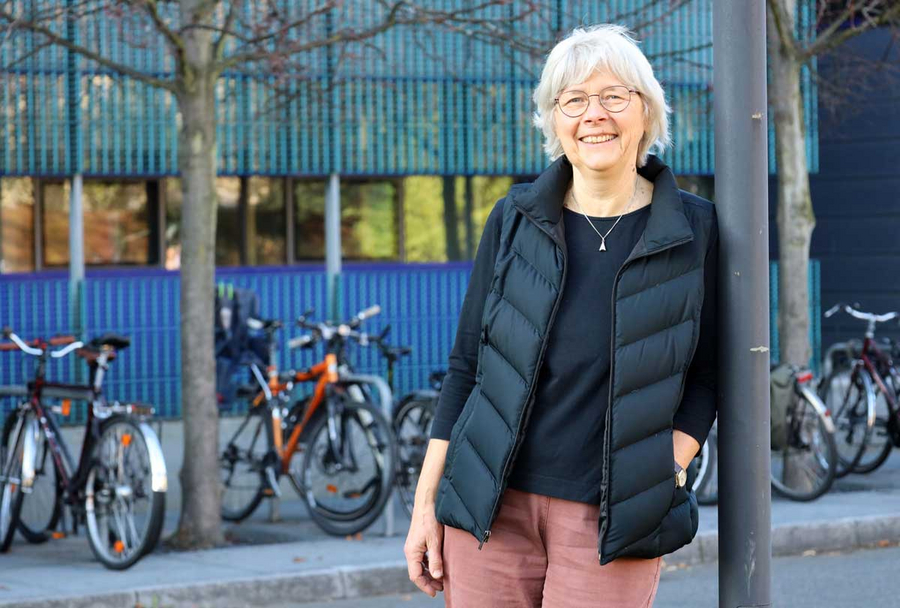 The Indian National Science Academy (INSA) has elected Elisabeth Knust, research group leader and Director Emerita at the Max Planck Institute of Molecular Cell Biology and Genetics (MPI-CBG) in Dresden, Germany, as a new Foreign Fellow to the Academy. She has been elected for her pioneering contribution to science and for her long-standing collaborations with the scientific community in India. Along with Elisabeth Knust, four other international scientists have been elected. The fellowship will start on January 1st, 2023.

The INSA in New Delhi is one of three national academies for Indian scientists in all branches of science and technology. Established in 1935, it promotes science and scientific knowledge in India for the cause of humanity and national welfare. Currently, there are a total of 968 Fellows and 96 Foreign Fellows.

Elisabeth Knust has had contacts and collaborations with Indian scientists for many years, mainly at the National Centre for Biological Sciences (NCBS) in Bangalore and the Tata Institute of Fundamental Research (TIFR) in Mumbai. These collaborations were funded by the Max Planck Society, the Max Planck-NCBS Center on Lipid Research, and the German Academic Exchange Service (DAAD). She recruited the first postdoc funded by the joint NCBS/inStem/MPI-CBG Joint Postdoctoral Program, a structured exchange program to encourage scientific collaborations between MPI-CBG and NCBS/inStem. Furthermore, Knust served in various scientific committees in India.

Knust is also a member of the German National Academy of Sciences Leopoldina since 2015 and received the Gottfried Wilhelm Leibniz Prize in 1997.