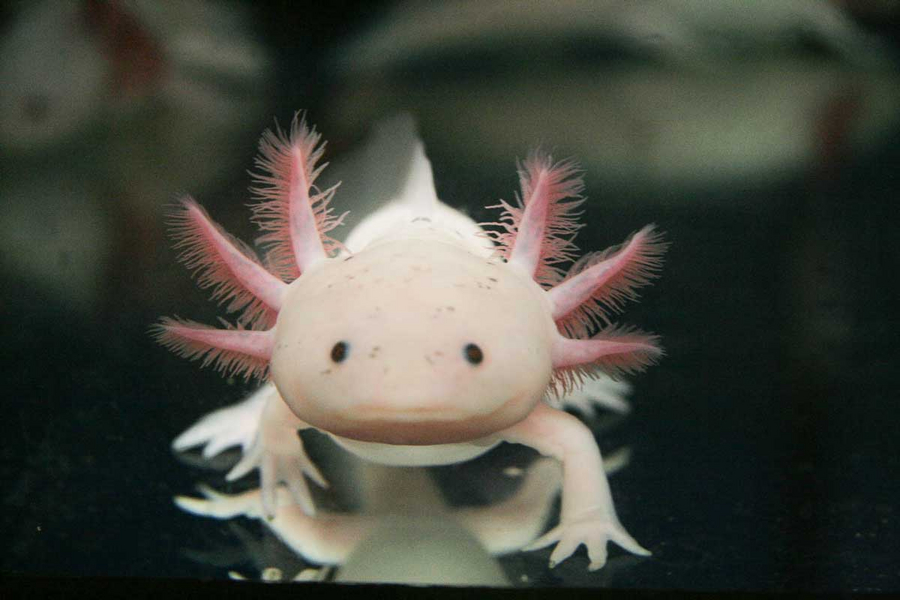 A new interdisciplinary project led by Maximina Yun at the Center for Regenerative Therapies Dresden (CRTD), the MPI-CBG, and the Cluster of Excellence Physics of Life (PoL) at TU Dresden together with Steffen Rulands from the Max Planck Institute for the Physics of Complex Systems (MPI-PKS) will examine the principles of aging in axolotl. The project will explore the potential link between the extreme health span and the extraordinary regeneration abilities of axolotls. The project is supported by a near 1 million EUR grant within the Sequencing Costs in Projects program of the German Research Foundation (DFG).

Age remains one of the main risk factors for most diseases. As we age, our health gradually declines. Yet, a handful of animal species seem to defy the natural course of aging. Axolotl, a Mexican salamander, can live exceptionally long without showing typical signs of biological aging. It is also known for its extraordinary healing abilities. It can regrow complete body parts, including limbs and several internal organs. But are these two phenomena connected? Can the axolotl overcome aspects of aging thanks to its unique regeneration abilities?

Molecular Footprints of Aging
“We would like to examine the influence of regeneration on the biological age of cells and tissues,” says Maximina Yun, head of the project and research group leader at CRTD, MPI-CBG and PoL. “We are interested in what changes occur in the cells as the time passes and whether these changes are affected by processes taking place during the regeneration of the tissue.”

One of the most significant changes that occur in our body as we age happens at the molecular level. Over time, some genes are turned off, while others are turned on. “As the first step, we plan to analyze the changes in gene expression as the axolotl ages. We will process this data to identify ‘molecular footprints’ for cells of different biological ages,” adds Yun. Such biomarkers of aging will allow the researchers to compare the age of cells in normal tissues with cells from regenerated tissues.

An Interdisciplinary Approach
The project will combine the expertise of Maximina Yun and Steffen Rulands from the MPI-PKS. Rulands is an expert in statistical physics. His group will use the data provided by researchers from Yun’s group and employ a variety of techniques such as machine learning, biophysical modeling, and bioinformatics to provide in silico insights. These models would then be experimentally tested by the Yun group, resulting in the validation and/or generation of new hypotheses.

This is already the second project the Yun and Rulands groups embark on together. “The expertise of our groups complements each other perfectly, making for an exciting and hopefully successful collaboration,” says Yun.

Shining Light on the Nature of Aging
Yun and Rulands believe that this project will provide new answers to the fundamental scientific challenge of aging. “A better understanding of the molecular nature of aging and its interplay with regeneration could eventually help us develop new strategies towards the promotion of healthy aging and longevity,” concludes Maximina Yun.