International team of researchers show how insulin in alpha cells in the fruit fly Drosophila ensure proper development when food is scarce. 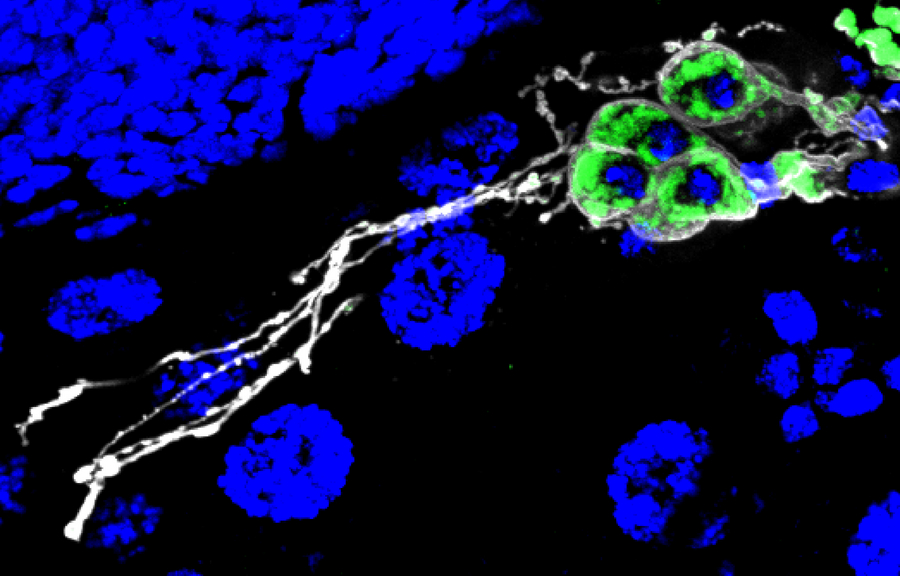 The hormone insulin controls many aspects during the development of an organism. To better understand the role of insulin during growth and development, an international team of researchers from the Max Planck Institute of Molecular Cell Biology and Genetics (MPI-CBG) in Dresden, Germany and the Institut Curie in Paris, France teamed up and looked at cells in the larvae of the fruit fly Drosophila melanogaster that are functionally similar to alpha cells in humans. Those alpha-like cells are usually known to secrete a hormone like glucagon when food is not available, which in turn elevates the glucose levels in the blood. Before the project idea was born, Suhrid Ghosh from the former lab of Suzanne Eaton at the MPI-CBG found a conserved family of insulin-like peptides called Dilps, the Drosophila version of human insulin, in alpha-like cells and was curious about where it came from and what its function was. So, he decided to take up those questions in his PhD project.

Together with the Electron Microscopy facility of the MPI-CBG, he and his colleagues were able to make the ultrastructure of the alpha cells in Drosophila visible. Suhrid explains: “With the high-resolution and high-contrast pictures, we were able to see the processes in stunning detail. We observed that Dilps is taken up by alpha cells, which explains how it gets into these cells. What was surprising, is that Drosophila glucagon, made by the alpha-like cell itself, and the hormone insulin have opposite functions and are stored in the same vesicle in the cell.” The researchers were then able to observe that alpha-like cells release the insulin reservoir when the organism is starving. This insulin is necessary to make the hormone ecdysone, which is needed for proper development. The study shows that local pools of stored insulin can signal to neighboring cells and it opens up the exciting possibility that previously known ‘long-range’ hormones could be used in local signaling events in other organisms.