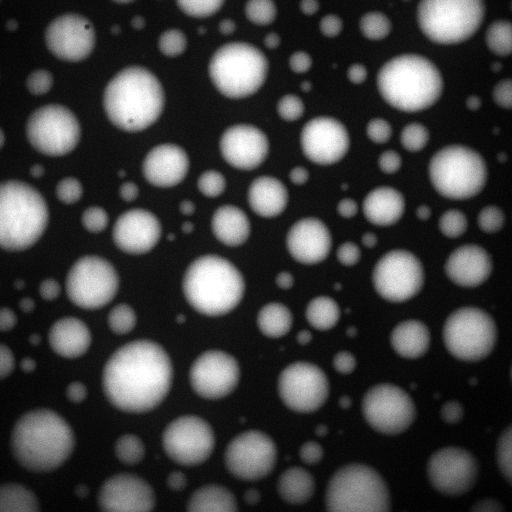 In order for a cell to function, it has to carry out different metabolic activities at the same time. To separate these reactions, the cell needs to establish different organelles. The cell membrane is used to establish some organelles, such as mitochondria and chloroplasts. However, there are other types of organelles, and their formation is independent of cell membrane. The compartmentalization of them can be driven by liquid-liquid phase separation of certain cellular components, such as the prion-like RNA binding proteins. The phase-separated organelles are similar as oil droplets in water, and some of them can then harden into less-dynamic gels over time, which can cause age-related neurodegenerative diseases. So far, scientists have known very little about the underlying sequence-specific code of amino acids that drives the various aspects of phase separation. Due to this, it is difficult to perturb the phase-separation properties in cells and this further prevents us from understanding the function of the phase-separated organelles.

Postdoctoral researchers including Jie Wang from the labs of Anthony Hyman and Simon Alberti at the Max Planck Institute of Molecular Cell Biology and Genetics (MPI-CBG) in Dresden and Jeong-Mo Choi and Alex Holehouse from the lab of Rohit Pappu at Washington University in St. Louis, USA have used a combination of experimental and theoretical analysis to uncover a protein sequence encoded molecular grammar that underlies phase separation of prion-like RNA binding proteins. These proteins are central drivers of phase separation in a variety of membraneless organelles. Jie Wang, the first author of the study, explains: “We found that the phase-separation behavior of prion-like RNA binding proteins are governed by particular amino acids and theoretical work shows that the phase behavior can be predicted by the valence of these amino acids.”

The findings of Wang et al. suggest that in the near future, scientists will have access to the design principles that afford control over phase separation.  It might be possible to predict and design proteins that have distinct phase-separation properties based on the protein sequences alone. By introducing these proteins into live cells, researchers could investigate the function and pathology of the phase-separated organelles, which will provide insights into the mechanisms of the age-related diseases.