The neurons in our brain are generated from neural stem cells during embryonic development. A main question in the field is how single stem cells contribute to the formation of the whole brain. However, single cells in tissue are difficult to observe because tissues are complex 3-dimensional structures. A few years ago, a manual microinjection technique has been developed for the observation of single cells in brain tissue. With the help of a nanoscale needle, very small volumes of reagents are delivered into a single cell. In this way, for example, a dye can be introduced, which allows tracking this single cell as the tissue grows. This technique has its limitation though: It takes a lot of practice and the manual injection fundamentally limits the speed and scale of microinjections.

Now, an interdisciplinary team of developmental neurobiologists at MPI-CBG, the MPI for Evolutionary Anthropology (MPI-EVA), led by Elena Taverna, and an engineering team at the University of Minnesota (USA) led by Suhasa Kodandaramaiah have developed a new robotic platform that can automatically perform microinjection with speed and efficiency exceeding highly trained human practitioners. The team wanted to explore, if robots could be programmed to automatically perform repeated microinjections in developing brain tissue. Elena Taverna from the MPI-EVA explains the findings of the team: “During my postdoc in Wieland Huttner's lab at the MPI-CBG, we had developed the microinjection procedure to study the behavior of single cells in brain tissue. But this technique is extremely hard to do. It is a bit of an artform that takes a lot of practice and we were fundamentally limited by the speed and scale at which microinjections can be performed manually.” 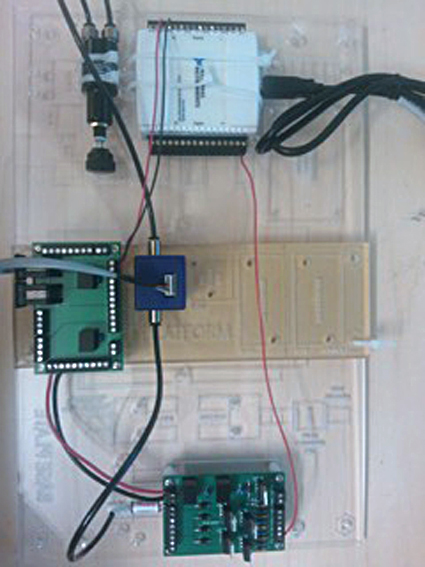 Gabriella Shull, a graduate student in the laboratory of Suhasa Kodandaramaiah’s, studied this manual procedure and developed a computer algorithm to execute this in an automated fashion. The robot uses a microscope camera to capture images of tissue of interest and a microinjection needle. Computer vision algorithms are then used to precisely guide the microinjection needle to specific locations in the tissue. This automation allowed precise targeting of several cells within a single brain slice. The Autoinjector significantly enhanced the process of microinjection by increasing the speed and the efficiency at which microinjections could be performed in comparison with even extremely well-trained users. With the Autoinjector, scientists will be able to perform experiments without months of training. In addition, the dramatic increase in throughput and yield allowed the team to design experiments that were previously not possible. As an example, it is now also possible to study human neurons in tissue, in both physiological and pathological conditions. This is particularly interesting to researchers working in the developmental neuroscience field, studying the cell biological and biophysical basis of brain development and evolution. The Autoinjector is a fully open source tool, with all the technical documents and software being openly available to the research community (www.github.com/bsbrl).