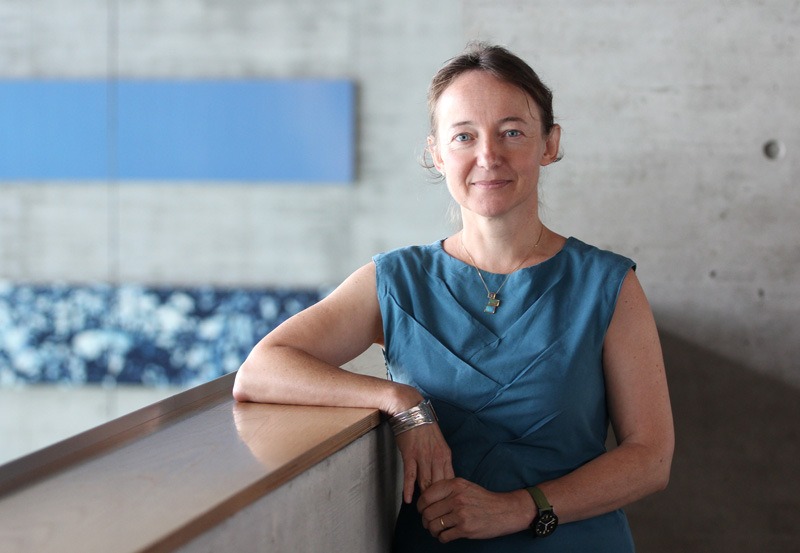 French scientist, Prof. Anne Grapin-Botton, is newly appointed as Director at the Max Planck Institute of Molecular Cell Biology and Genetics (MPI-CBG). In Dresden, Anne and her research lab while concentrating on the pancreas, will focus on how single cells nevertheless act communally to generate an organ. Prior to her appointment at the MPI-CBG, Anne was Professor of Developmental Biology at the Danish Stem Cell Center of the University of Copenhagen. There she developed an innovative 3D method to grow miniature pancreas organs from progenitor cells. In the future, this model could be used to help find new therapeutic avenues for treating diabetes.

“I would like to wholeheartedly welcome Anne Grapin-Botton as Director at the MPI-CBG”, says Prof. Eugene Myers, Managing Director at the MPI-CBG. He adds: “This is an important appointment and an honor not only for our institute but for the Dresden scientific campus in general. Her knowledge and work will positively impact biomedical research in Dresden, establishing synergistic links with the Technische Universität Dresden (‘TUD’), the University Hospital Carl Gustav Carus and the TUD Medical Faculty.” Anne is a recognized leader in developmental and stem cell biology. She pioneered methods to culture human embryonic stem cell-derived pancreatic progenitors in organoids – miniature, lab-grown organs. Prof. Myers notes: “Her career has been marked by a constant ambition to innovate technologies and solve scientific problems related to pancreas organogenesis, using inter-disciplinary approaches”.

Prof. Anne Grapin-Botton says: “It is a great honor to be appointed director at the MPI-CBG. Soon after I started my lab in Switzerland, I had the opportunity to visit the MPI-CBG at its beginning and I was very impressed by the quality and originality of the science. The MPI-CBG has been at the forefront of its field worldwide, notably developing quantitative technologies to understand how molecules and cells work together to build organs.  I am thrilled to work with the incredibly smart, creative and talented staff. Dresden has managed to create synergies between research institutions that makes it strong and I am looking forward to contributing to it”.

More specifically, Prof. Anne Grapin-Botton and her group investigate the impact of cellular and organ architecture on cell fate choices (i.e. whether a cell becomes a pancreatic cell or say, an intestinal cell) and how single cells nevertheless act as a community to generate an organ. Recently, researchers have used human stem cell models to investigate human development. These studies provide insights into human syndromes impairing pancreas development and can help in generating replacement beta cells for diabetes therapy.

Prof. Anne Grapin-Botton received her PhD in Molecular and Cellular Pharmacology in 1995 at the UPMC University Pierre and Marie Curie. She performed her postdoctoral work at Harvard University, Cambridge, USA. In 2001, she started her own lab at the Swiss Institute for Experimental Cancer Research and later at the Ecole Polytechnique Fédérale de Lausanne, Switzerland. She became Professor of Developmental Biology in 2012 at the Danish Stem Cell Center of the University of Copenhagen. In August 2018, Prof. Anne Grapin-Botton joined the team of directors at the MPI-CBG. She has received multiple awards and grants including earlier this year, a prestigious Human Frontiers Science Program (HFSP) research grant for studying cell development in pancreatic organoids using interdisciplinary approaches (together with three other groups).