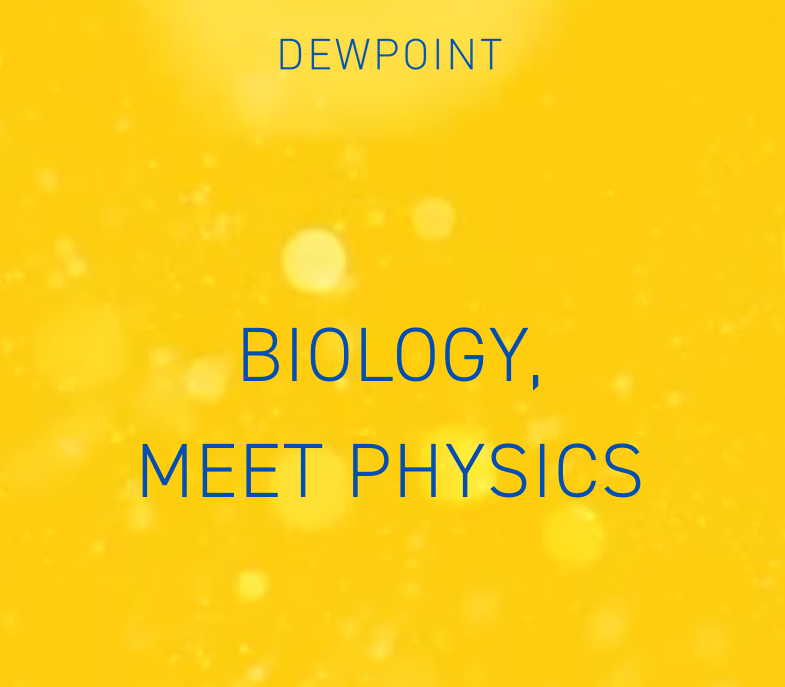 An exciting new area of cell biology research that has emerged in only the last decade has spawned a startup, which launched in February 2019 with a $60 million in Series A financing. Founding investor Polaris Partners led the equity round and was joined by Samsara BioCapital, 6 Dimensions Capital, EcoR1 Capital, Alexandria Venture Investments, and Leaps by Bayer.

Dewpoint Therapeutics is harnessing recent insights into biomolecular condensates elucidated by scientific founders Anthony Hyman, director at the Max Planck Institute of Molecular Cell Biology and Genetics (MPI-CBG) in Dresden and Richard Young of the Whitehead Institute for Biomedical Research with the goal to uncover treatments for the toughest diseases. Biomolecular condensates have long been known but historically understudied because they are difficult to analyze with traditional drug discovery methods like protein crystallography and biochemical activity assays. Condensates are well-defined, membrane-less organelles found inside cells that take advantage of intrinsically disordered regions of proteins to organize certain proteins and nucleic acids in cells, bringing them together in high concentrations to significantly enhance the chemical reactions critical for the cells’ lives. Emerging understanding of condensates offers new insights into cellular function and disease that have not been considered by scientists and drug developers.

For decades, biologists have seen these membrane-less blobs in cells but didn’t know what they did. That’s changed in the last 10 years with a steady stream of studies, including many from one of Dewpoint’s scientific founders and a pioneer in the field, Anthony Hyman. He and other researchers have shown that these fluid-like blobs work by concentrating proteins and RNA at specific locations in the cell, which speeds up key chemical reactions inside the droplets, while keeping other molecules out to slow down or block other kinds of reactions. “Insights into biomolecular condensates could provide answers to fundamental mysteries in biology, and we are eager to begin using these to discover new therapeutic approaches to diseases,” says Hyman.

“It is every life science research institute’s dream to made a discovery that may have a transformative impact on our understanding of health and disease,” said Dr. Ivan C. Baines, COO of the Max Planck Institute of Molecular Cell Biology and Genetics. “Phase transitions and the role of biological condensates represent a paradigm shift as well as a new field in biology. We could not be more thrilled to see research findings from MPI-CBG as center stage of the new field of phase transitions and to be working with Dewpoint Therapeutics, an outstanding team of world-leading scientists and business entrepreneurs, in further developing the field to address unsolved problems in our battle against disease.”

Dewpoint is aiming to develop primarily small molecule drugs that can bind to previously unexplored regions of proteins to change how they behave when it comes to making these droplets. The startup will initially focus on neurodegenerative disease and cancer—two disease areas that have been linked to these condensates—but will also look at other disease areas.

Dewpoint has assembled a broad scientific advisory board spanning these arenas, to be chaired by MIT Institute Professor Phillip Sharp. Other Scientific Advisors include: