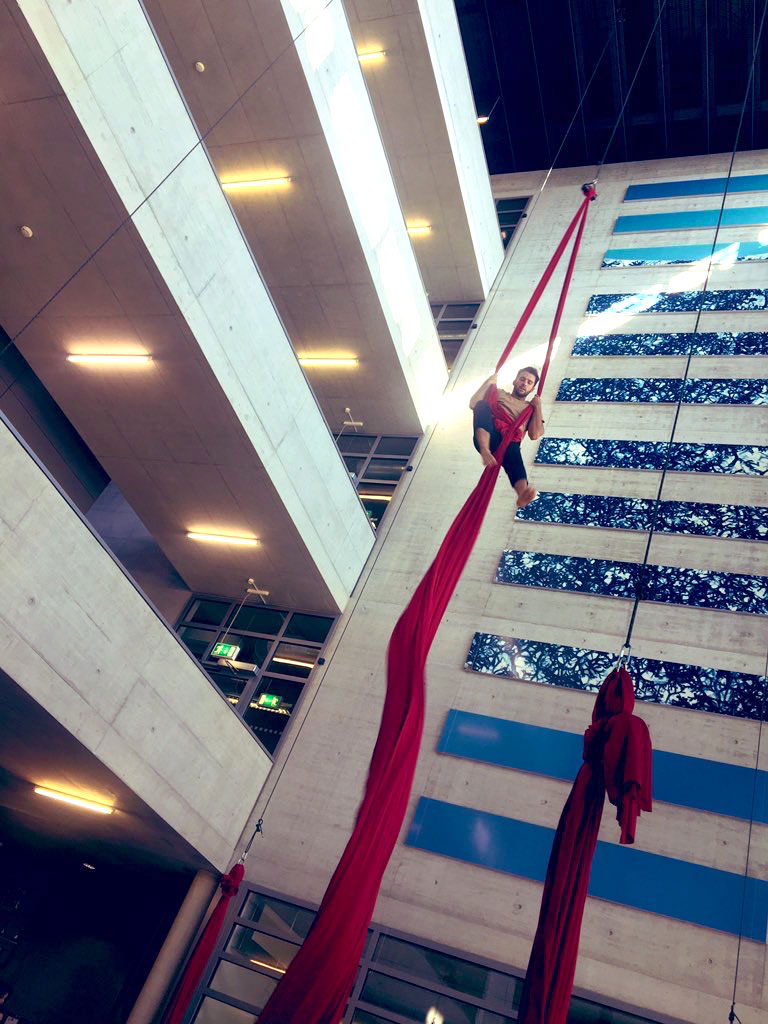 Artists from the group ‘Frei Schweben’ organized for the second year in a row, an aerial acrobatics performance for visitors in the MPI-CBG on October 13th. This event was part of a series called ‘You dance with me’, a cultural program, supporting the application of Dresden as Capital of Culture 2025. During a performance on shawls, visitors were able to experience lightness and weightlessness for themselves and become participants. More than 120 guests came and could test the basics of aerial acrobatics in workshops in addition to watching the fascinating show.