The Building - Communication through Architecture

Efficient communication can have a solvent effect and encouraging development and establishment of modern and effective scientific institutions. Rapidly advancing modern science demands flexibility and provision for novelty and charge. The idea for the MPI-CBG was to provide a building on the highest level in technical and practical terms in laboratory design that also promotes synergy, cooperation and community. Thus, the institute's building has been carefully designed to encourage scientists to come together, to create the critical mass necessary for new discoveries.

The world-class Finnish architects, Mikko Heikkinen and Markku Komonen, were selected as principal architects together with the German architectural firm of HENN. The philosophy of Heikkinen – Komonen is reduction and neutrality, which is reflected in the architecture of the MPI-CBG building. The building consists of 1,100 m2 laboratories which connect to a tall central hall space that functions as communications center. In the center of the entrance hall is a cluster of four towers: the main staircase, two lift towers and a tower with meeting rooms on each floor. Between the towers, on each floor, is a small foyer-like meeting and communication area. The double helix of the central staircase makes an explicit reference to the the structure of a DNA molecule and connects the communication areas on each floor with each other. Laboratories need plenty of natural light, but at the same time it is necessary to control the solar heat load. The green grids in front of the facades reduce the solar heat gain and visual glare. There is also a kinetic visual impression linked with the façade design: when viewed from the front, the green grid is hardly visible, but from an angle it forms a compact colored surface. 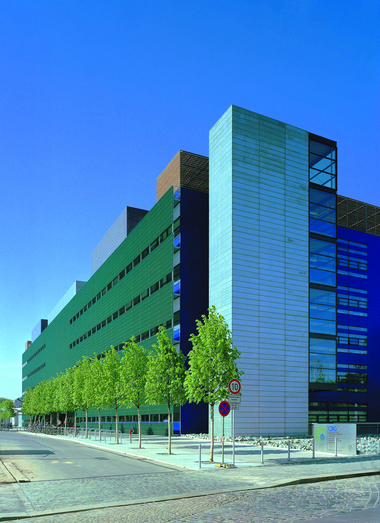 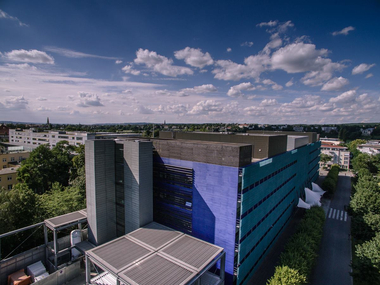 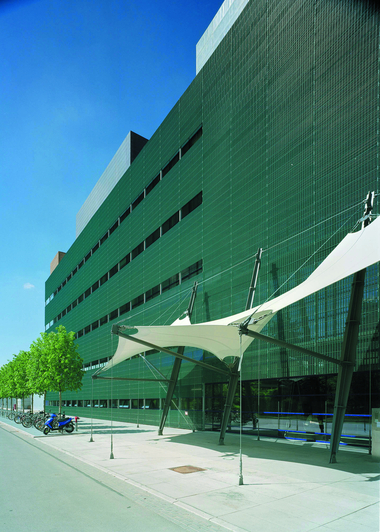 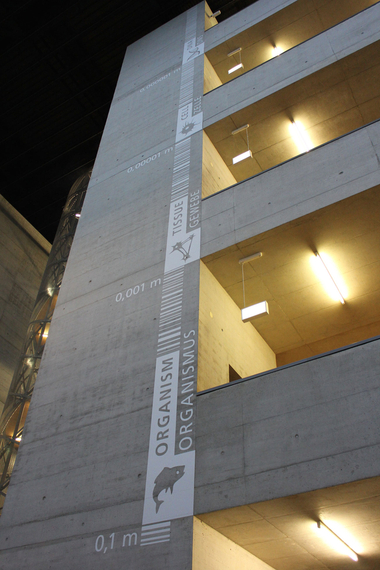 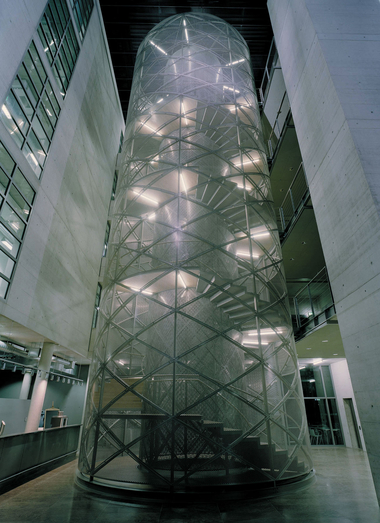 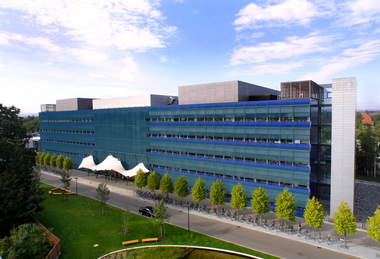 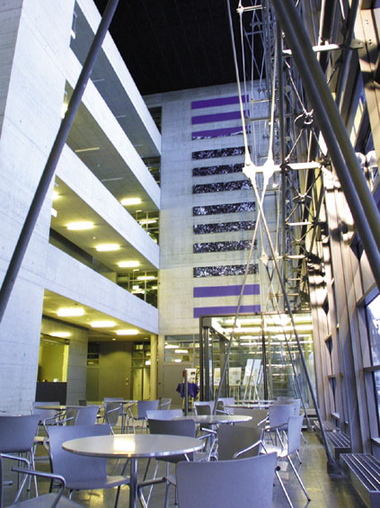 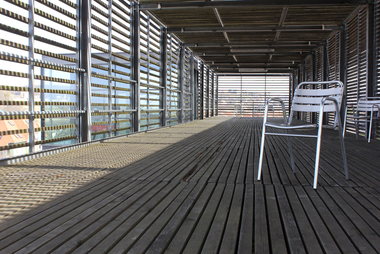 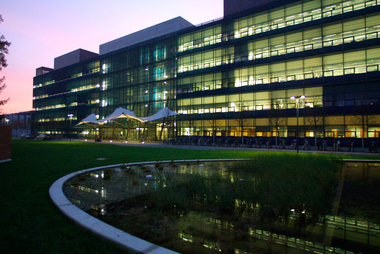 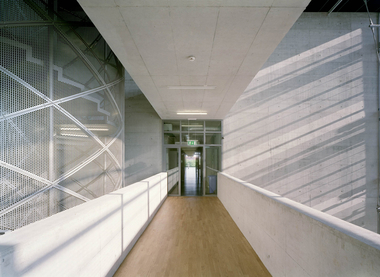 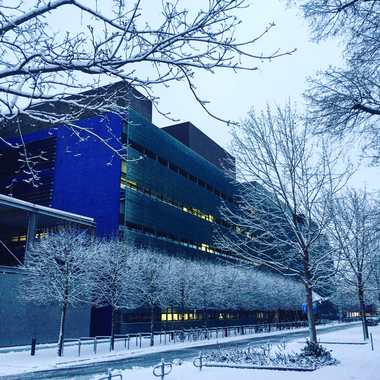 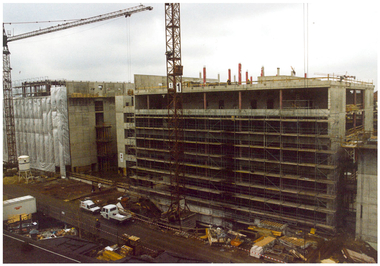 This timelapse movie shows the construction of the MPI-CBG building between spring 1999 and end of 2000. After a very short construction period of less than two years scientists could move into their labs and start performing research in January 2001.