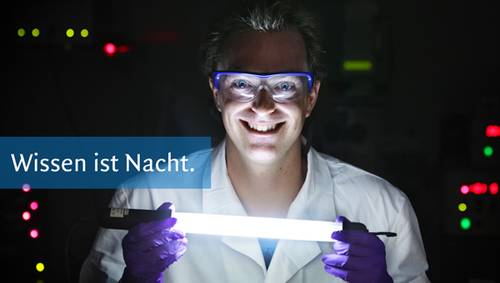 The Lange Nacht der Wissenschaften was another successful event in 2012. Approximately 1,500 visitors came to look behind the scenes of the MPI-CBG Dresden. Our guests discovered sexy science and scientists while visiting different stations, where they learned more about molecular motors, pipetting robots, flies, fish, frogs, or transgenic mice and acted as scientists. A mix of scientific talk and music performance on HIV and molecular recombinases was the most amazing experiment offered that night. The kids programme offered hands-on experiments, pipetting and live samples of flies, fish, and frogs.

133 visitors guessed the number of flies in a huge test tube. Guesses ranged from 505 flies to 252 million. The exact number of flying flies was 15,215. Congratulations to Frederico Boavida, Robert Ernst, and Dieter Girlich who are the winners of a Dresden Family Card.

A huge thank-you to everybody who supported the Lange Nacht der Wissenschaften at the MPI-CBG and helped offer this important event to the public.