Otger Campàs appointed as Chair for Tissue Dynamics at the Cluster of Excellence Physics of Life at TU Dresden, hosted at MPI-CBG

Prof. Ursula M. Staudinger, Rector of TU Dresden, hands over the certificate of appointment to Prof. Otger Campàs during the appointment ceremony on June 30, 2021. © Michael Kretzschmar

Catalan scientist, Prof. Otger Campàs, was officially appointed as the Chair of Tissue Dynamics at the Cluster of Excellence Physics of Life (PoL) on July 1, 2021, which is associated with the Center for Molecular and Cellular Bioengineering (CMCB) at TU Dresden. He will lead the research group “Physics of Embryonic Self-Organization and Morphogenesis”, an interdisciplinary team that bridges physics, biology and engineering to study how cells self-organize to build embryonic structures. The Campàs lab is hosted at the Max Planck Institute of Molecular Cell Biology and Genetics (MPI-CBG).

Cells constantly ‘talk’ to each other to build the tissues and organs that make organisms work. In addition to the signals that cells send to each other, cells also grab onto each other and apply the necessary forces to get embryos in shape. The minuscule forces that cells generate and how these are coordinated to shape organisms remain still a mystery. “Our group has developed several new techniques to measure and perturb cell and tissue mechanical forces and material properties within developing embryos and organoids, i.e. miniature, lab-grown organs. These unique tools open new avenues to study the role of mechanics – in particular mechanical feedbacks, mechanobiology, biomechanics, and biophysics – in the organism or tissue, as recently shown by our discovery of fluid-to-solid jamming transitions in embryogenesis,” says Prof. Campàs.

The Campàs lab discovered that to generate the elongated shape of vertebrates, cells ‘melt’ tissues where necessary to elongate and properly shape the embryo, and ‘freeze’ (or rigidify) the tissue into their functional shape. “I think we will find this novel physical mechanism of morphogenesis in a wide range of systems,” Campàs says. “These mechanical changes have to be tightly regulated by cells to occur at a specific location within a tissue and at a specific time in development - a central question within our lab at the moment.” This discovery was possible thanks to a series of new techniques, developed also in the Campàs lab, that make use of tiny oil droplets to precisely measure of mechanics in embryos.

Professor Campàs emphasizes the importance of creating a holistic view of biological systems, integrating genetic, molecular and physical aspects. “A highly interdisciplinary atmosphere is necessary to tackle biological questions that mix concepts from many different disciplines. That’s why I chose to come to Dresden. This place is one of the most successful interdisciplinary environments in the world, where biology, physics, and engineering are strongly combined to foster fruitful collaborations and create synergies, both within and between the institutes,” he explains.

Several scientific fields, such as physics, biology, biomedicine, and bioengineering, will greatly benefit from these latest findings on how cells act together to form tissues during embryonic development. Otger Campàs is certain that this spirit of collaboration and interdisciplinarity will lead to new conceptual frameworks to understand fundamental physical aspects of living matter and even many disease processes, creating new therapeutic opportunities.

Otger Campàs did his M.Sc. in Physics at the University of Barcelona (Spain) in 2004. He received his PhD in Biophysics at the Institut Curie Paris (France) and at the University of Barcelona in 2006. Afterwards, he performed his postdoctoral research at Harvard University (USA). In 2012, Campàs became Assistant Professor at the University of California, Santa Barbara (USA), where he also held the Mellichamp Chair in Systems Biology and Bioengineering. He became tenured Associate Professor at UCSB in 2019, and since July, 2021, he is Professor and Chair of Tissue Dynamics at the Cluster of Excellence Physics of Life, at TU Dresden, where he leads the research group on Physics of Embryonic Self-Organization and Morphogenesis. 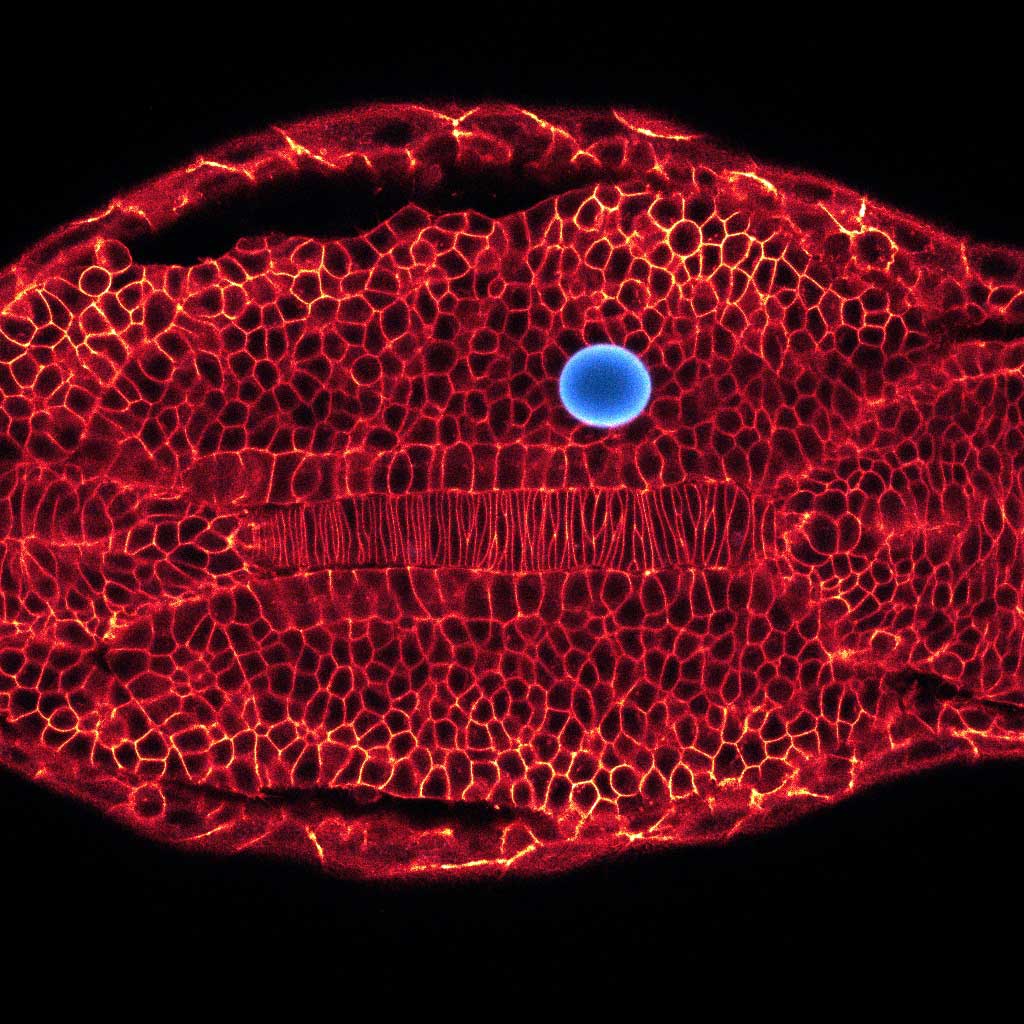 About PoL - Cluster of Excellence Physics of Life

The Cluster of Excellence Physics of Life (PoL) at TU Dresden focuses on the laws of physics that underlie the organization of life into molecules, cells and tissues. At the cluster, physicists, biologists and computer scientists join forces to investigate how active matter organizes itself into predetermined structures in cells and tissues, thus giving rise to life. PoL is funded by the DFG as part of the Excellence Strategy. It is a collaboration between scientists from TU Dresden and research institutions of the DRESDEN-concept network, such as the Max Planck Institute of Molecular Cell Biology and Genetics (MPI-CBG), the Max Planck Institute for the Physics of Complex Systems (MPI-PKS), the Leibniz Institute of Polymer Research (IPF) and the Helmholtz-Zentrum Dresden-Rossendorf (HZDR). www.physics-of-life.tu-dresden.de