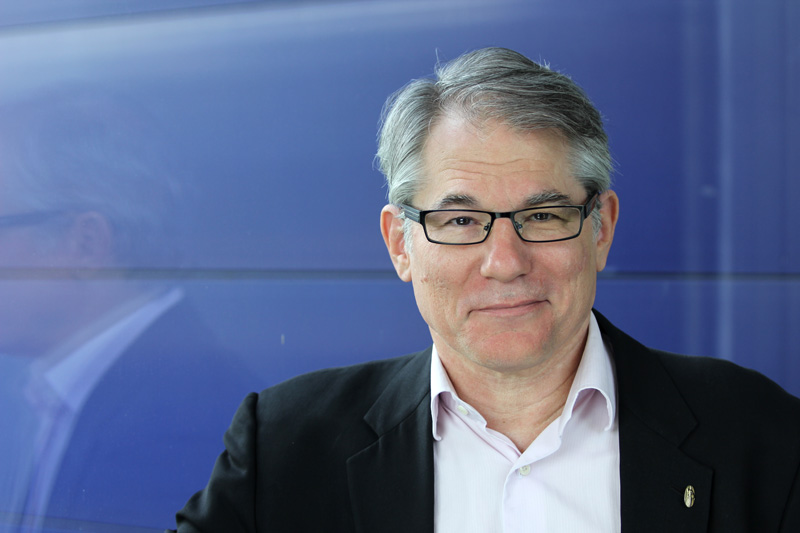 The Royal Society presents Eugene “Gene” Myers, director at the MPI-CBG in Dresden and at the Center for Systems Biology Dresden, with the Milner Award 2019. Dr. Myers receives the award for his development of computational techniques that have brought genome sequencing into everyday use, underpinned key biological sequencing tools, and made large scale analysis of biological images practical. Gene Myers will be awarded a medal and a gift of £5,000 at the Milner Award Prize Lecture in 2019.

Myers is one of the pioneers of bioinformatics, that blends computer science and biology. The American computer scientist, born in 1953, is often credited with speeding up the human genome project by advocating and carrying out the whole genome shotgun sequencing and assembly of the human, mouse, and fly genomes at Celera Genomics together with genomics pioneer Craig Ventner. He is one of the developers of the blockbuster BLAST program that is used by every scientist that searches the world’s DNA and protein databanks. The 1990 paper describing BLAST is amongst the most highly cited papers ever.

Gene says, “I was well aware of Milner’s great contributions to theorem proving and mathematical frameworks for distributed computing, especially the pi-calculus.  So I felt very honored upon hearing that my achievements in the area of computational methods for genetics and molecular biology was being recognized by the Royal Society’s award in his name.”

The Royal Society Milner Award, supported by Microsoft Research, is given annually for outstanding achievement in computer science by a European researcher or researcher who has had European residency for 12 months or more. The recipient is chosen by the Council of the Royal Society on the recommendation of the Milner Award Committee. The Committee unites scientists from three European nations; Fellows of the Royal Society (United Kingdom), Members of the Académie des sciences (France) and Members of Leopoldina (Germany). The award is named in honour of Professor Robin Milner FRS (1934-2010), a pioneer in computer science.

Recipients of Royal Society medals and awards in 2018